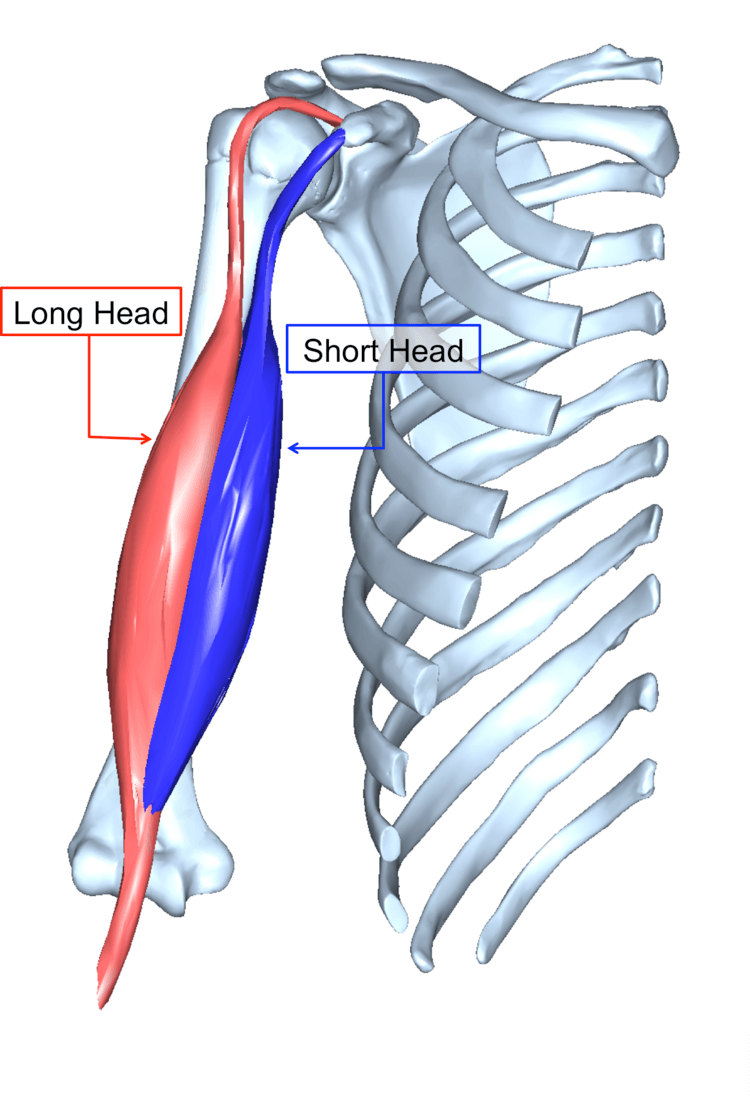 What is the biceps tendon?

The biceps muscle is located in the front of the arm and functions to bend the elbow and rotate the forearm. The biceps gets its name from the fact that it has two tendon origins that connect the muscle to bone around the shoulder (see figure). One portion, called the short head, originates from a bony prominence on the front of the shoulder blade and is rarely injured. The other portion, known as the long head of the biceps, originates from the top of the shoulder socket, then passes through the shoulder joint before turning down the arm toward the biceps muscle. In contrast to the short head tendon, the tendon of the long head of the biceps is frequently associated with shoulder pain and dysfunction.

The anatomy of the long head of the biceps places it at risk for injury. There are several places where the tendon can be injured. It can be pulled off of the shoulder socket along with the superior labrum during a shoulder injury or repetitive overhead activitiy. This is known as a SLAP tear and is discussed separately here. It can become inflamed as it crosses the shoulder joint (biceps tendonitis) or entrapped in the tight groove through which it leaves the shoulder. Finally, the tendon can degenerate or even tear completely near the shoulder.

What are the symptoms of a biceps tendon injury?

Biceps tendon problems cause shoulder pain that is generally worst in the front of the shoulder. It is often exacerbated by raising the arm or with overhead activity. Occasionally, the tendon may be unstable, resulting in a clunking sensation that is felt as the arm is rotated.

What is the treatment for biceps tendon injury?